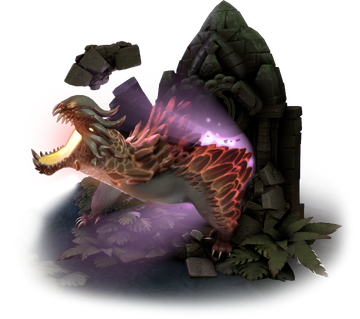 Wrath of the Mo'rokai was a game mode only available to owners of The International 2019 Battle Pass. Two teams must empower their Mo'rokai, who in turns helps them destroy the enemy's ancient. 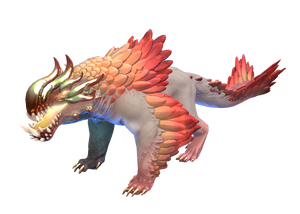 Three branches of skills can be acquired for the Mo'rokai by feeding it essences. 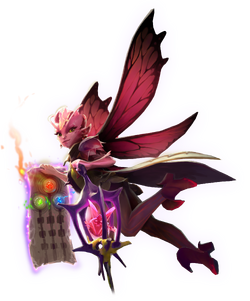 Mireska Sunbreeze, the Dark Willow announces events throughout the match.

Deep in the jungles of Fellstrath, the ruins of an ancient civilization lie hidden beneath tangled canopy and creeping vine. Drawn here in search of fabled relics,

Dark Willow has opened the way for others to follow. Now the Mo'rokai—two mythic beasts of yore dormant for centuries―have been roused from slumber by those who trespass upon their lands. As the Mo'rokai reclaim their strength, they'll join the march upon the enemy Ancient, eager to battle anything in their way.