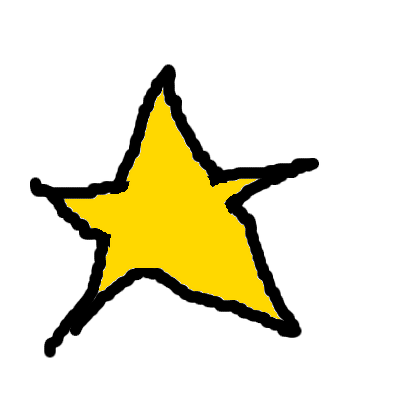 Try to not have spelling errors when you edit something. e.g the Satyr "Tormentor". I fixed it for you - TheRuneBlade

A: I'm already in IRC B: The patch notes weren't released, but the menus changed. The in-match texts, however, has not, and it hasn't changed in function yet so it was premature. Without the patch notes, I went on only what the menus said, and it was obviously wrong if you go into a practice game and check. That being said, still no idea what the patch did. Johnny D 07:27, 19 March 2013 (UTC)

Sorry for making the assumptions I did, should've checked if this hadn't already been looked at, I was just trying to be helpful, again, sorry. — The preceding unsigned comment was added by Wagonmastergeneralrunsimmon (talk) • (contribs) 15:50, May 17, 2013

Thanks for fixing that minor licensing mixup on the Wicked Succubus set image I uploaded, and also for fixing the slot for the set. As you can tell, I'm very new to the ways of this particular wiki, but I'm picking stuff up as I go. So thanks again :D 404UserNotFound 03:04, 20 May 2013 (UTC)

No problem, and you're doing pretty well so far. The categories and licensing on the other items from the set was perfect -- you're the only contributor that I've seen who's properly done that at this point. -

I've got experience from my time at the TF2 Wiki, and currently at The Cutting Room Floor Wiki (a wiki containing unused/cut/alpha/etc content in video games), plus the other experience which I've listed in the top box of my userpage (total 7-8 years experience in wiki-editing). That last image's license mixup was purely my fault, I went right for PD-self and forgot about the screenshot license. By the by, I've noticed a lot of item images are 512×340, but the images I'm uploading (which have been harvested from my Steam Inventory are 289×192. Is there a "correct" size for inventory icon images? 404UserNotFound 03:10, 20 May 2013 (UTC)

The standard we try to go for is 512x340, which can be gotten from the store or from the item schema ("image_url_large"). Smaller images aren't that big of an issue, however. -

Beauty. I accidentally figured out how to get bigger images. The URL I was getting by dragging the image from my inventory (viewed in Steam itself) onto Firefox was this. It ends in "/330x192". I changed it to this (ends in "/1024x768") and it gave me the correct 512x340 image. So I just fixed up the Wicked Succubus item images (though I can't get a bigger set image, unless I load it up into Photoshop and blow it up, which I think I'll try right now, see what the quality is like). 404UserNotFound 03:19, 20 May 2013 (UTC)
Don't worry about updating the set image, I'm actually working on a new one right now. -

There's a few different options -- the Alien Swarm, SFM, and CSGO model viewers can be used with Dota 2 models. I'm using the CSGO one right now, since that works the best with models that have cloth physics. I followed this guide by Cyborgmatt. -

As you may have seen, while creating HUD Skin articles to update the wiki, I created the HUD Skins category. Currently, everything gets the Equipment category when it gets the navbox, which has just compiled everything into that category. I'm not sure if there's any wiki-policies about this, but would it be alright if I were to go through and properly categorize things like I did with HUD Skins (for example "Category:Wards"? I just noticed that the Battle Bonus items have the Battle Bonuses category too. 404UserNotFound 20:12, 27 May 2013 (UTC)

Why did you undo the update I made for the update page? If it's formatted incorrectly, at least let the page indicate that their WAS an update and the update notes aren't made yet.--Formic.Sapien 00:56, 5 June 2013 (UTC)

It looks like the notes are almost up anyways. already up on the non-test patch. Disregard and thanks ;p--Formic.Sapien 00:57, 5 June 2013 (UTC)
I removed them because they were already up on June 03, 2013 Patch (Test), and your addition was on the incorrect page (the main test update was on June 3rd, the page you added them on was for June 4th updates). -

Done. Tell me if there's anything else that needs updating. --

Here's a Twitter interaction I had with Merle Dandridge, confirming her involvement with those specific characters. I just thought I'd let you know, since you previously removed that content when it wasn't confirmed. MightyBotto (talk) 20:43, 3 October 2013 (UTC)

Thanks for that, a confirmation directly from the source is always great. --

Hey, there seems to be a template error occurring on certain tournament items (ex. Baekho & Nexon Sponsorship League Bundle, GEST August and September 2013, South Ural League Season 2). I think it has to do with the Buy Now button, but not sure. Since you've worked on the template for the Cosmetic item infobox, I thought I'd ask you if you have any idea what's causing the error and how to fix it. Thanks! -Hybridshiek (talk) 03:57, 10 October 2013 (UTC)