During the event, players will be able to queue for Season Ranked Matchmaking and earn a separate MMR that can be swapped for the player's normal ranked MMR upon conclusion of the tournament.

Battle points are used to level up the Battle Pass. 1,000 points are required for each level.

Battle points can be acquired in numerous ways.

Path of the Wave Breaker[edit]

Path of the Rising Tide[edit]

Siltbreaker is a multiplayer campaign in two acts. It comes with exclusive rewards, including the very rare Desert Sands Baby Roshan. See the main article for full details.

Custom towers are rewarded to teams depending on the total level of their Battle Passes. Particle effects not shown here. 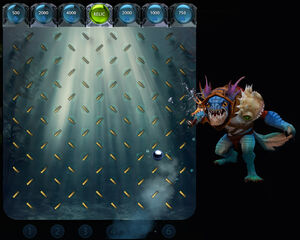 Players get one ball per week

Item recycling will be available until the end of the tournament. 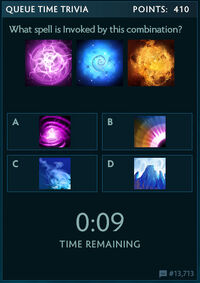 Trivia questions are asked while players are waiting in queue.