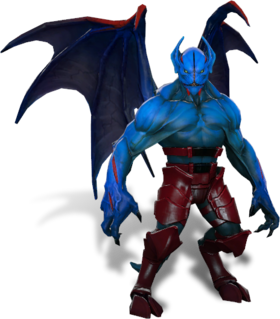 is one of the three primary attributes that grants health and health regeneration to every hero. Strength heroes also gain attack damage per point of strength.

For strength heroes, every point in strength also increases main attack damage by 1.

The health bonus is only applied to the maximum health pool. The hero's current health is not increased, but keeps the current health percentage. To gain 1 health regeneration, 10 strength points are required.

Strength heroes tend to have more health and health regeneration than other heroes, making them more resilient to both physical attacks and spells. Strength heroes have a great variety in their roles, including that of carry, ganker, and support, but almost all of them have some form of strong initiation and are supposed to act as tanks to some degree. In addition, heroes with a large amount of strength may greatly increase the damage needed to bring a team down. With a few exceptions, most strength heroes are melee. Whilst intelligence heroes typically sport a strong early game, and Agility heroes excel in the late game, Strength heroes are often able to strike a balance between the two and remain relevant at all points of the game.

There are 42 strength heroes in Dota 2.

strength strength as their primary attribute. The growth columns indicate by how much the base values increases for each level of the hero.

These items grant heroes a passive strength bonus by having them merely equipped.