Shadow Demon is a menacing ranged intelligence hero who is most powerful in the early game for his strong set of spells. Disruption takes an enemy or ally out of the fight, banishing them to a shadowy realm and returning them a short time later along with two hostile demonic illusions. Soul Catcher can curse his victims with vulnerability, instantly removing a fraction of their current health. His Shadow Poison can harass any unfortunate foe he encounters, gradually dealing more damage with each application until the Shadow Demon releases the poison from the target in a powerful, damaging burst. Demonic Purge, his ultimate, is key for securing kills: The Shadow Demon greatly slows his fleeing victim and removes all dispellable buffs, crippling and weakening them, while also applying a Break that disables almost all passive skills when upgraded with Aghanim's Scepter. Heavily reliant on the coordination and effectiveness of his own team, Shadow Demon proves to be incredibly strong as a defensive support by keeping his teammates alive reliably and as an offensive support by amplifying damage and endlessly slowing enemies until they're unable to escape. A formidable ally, who requires little farm to contribute greatly to his team, good positioning and timing from Shadow Demon's spells can make all the difference, and makes for one of the most potentially powerful supports well into the late game.

Shadow Demon
▶️ "Who toys with demons will find himself toyed with."
Lore:
Among the sovereign Demons with explicit access to this world, Doom scarcely bothers with the affairs of Noninfernals and Lesser Spectral Consorts, while Shadow Fiend passes through almost exclusively on collecting expeditions. The Shadow Demon, however, has always taken a deep and abiding interest in the material plane, as if sensing that mastery of this gritty dimensional nexus might be the key to total domination of all realities.

Summoned first by minor wizards, the Shadow Demon granted every wish and put on increasingly impressive displays of power until he had the full attention of the greatest demonologists, and through them the various lords, tyrants, autarchs and heirophants who depended on sorcery to buttress their mundane power. So great was his deception that all his summoners considered themselves the master and Shadow Demon the servant; meanwhile, he eroded their identities and made their minds his own. In the end, most members of the cult were hollow puppets, extensions of his evil will.

What Shadow Demon's next step would have been remains open to speculation, for around this time, Nevermore the Shadow Fiend bit into a particularly nasty-tasting soul and discovered that it held nothing but a foul nougat of Shadow Demon's essence. Alerted that a coup was underway, and that the ancient equilibrium of the Umbral Pact was about to be destabilized, Doom and Shadow Fiend briefly joined forces to destroy the burgeoning cult. Combining spells of incredible force, they undid Shadow Demon's centuries of patient work, reducing his cult to smithereens—and all its members to a bloody splatter. Nothing remained except a tiny speck of demon shadow. Immortal and irreducible, this mote of evil was enough to seed the Shadow Demon's next scheme, and in fits and starts, over further centuries, he began to regroup.

Whatever that speck of shadow touched, it tainted, and its influence gradually grew. A chaos of damaged parts pulled together, reknit, and combined to give Shadow Demon a form even stronger than his former. He is all but complete now, and his plan for infinite dominion lacks all of its former weaknesses. It would seem that such a being of pure malice and malevolence, a threat to all creation, would be forever out of place in our world...yet Shadow Demon does not lack for followers.
Voice:
Nolan North (Responses) 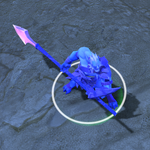 Disruption illusion as they appear to allies.
Disruption

modifier_shadow_demon_disruption: Dispellable with death only.

modifier_illusion: Dispellable with death only.

modifier_invulnerable: Dispellable with death only.
The pain of deception comes not while it happens, but when it is revealed.

Ability
Target Area
Affects
Enemies
Captures the soul of enemy units in an area, causing them to lose a percentage of their current health. When the debuff is removed, the units gain half of the lost health back. Units under the effect of Disruption can still be affected by Soul Catcher.
Cast Animation: 0.3+0
Cast Range: 700
Radius: 175/200/225/250
Current Health Removed: 20%/25%/30%/35%
Duration: 10

Debuff persists if it was placed before spell immunity.
Modifiers

modifier_shadow_demon_soul_catcher: Dispellable with any dispel.
Trying to resist the Shadow Demon's corruption is mostly a useless endeavor.

Ability
Target Point
Affects
Enemies
Damage
Magical
Deals damage in a line, and afflicts enemy units with a poison effect. The poison deals 1/2/4/8/16 times the stack damage based on the number of stacks on the target, up to 5 stacks. Additional stacks cause 50 damage each. This deferred damage is dealt when Shadow Poison's duration is expired, or the Release sub-ability is used.
Cast Animation: 0.25+0
Cast Range: 1500
Travel Distance: 1500
Effect Radius: 200
Initial Damage: 26/34/42/50 (

Attempts to deal damage if enemy turns spell immune before the poison is released.
Modifiers

modifier_shadow_demon_shadow_poison: Dispellable with death only.
The ever growing influence of the Shadow Demon can pollute the most valiant and pure of heroes.

Ability
No Target
Releases the poison to do damage on all affected enemies. Units under the effect of Disruption can still be affected by Shadow Poison.
Cast Animation: 0.3+0

Allies)
Damage
Magical
Purges the target enemy unit, removing positive buffs, and slowing the target for the duration. The unit slowly regains its movement speed until the end of the duration, upon which damage is dealt. Units under the effect of Disruption can still be affected by Demonic Purge.
Cast Animation: 0.3+0.6
Cast Range: 800
Min Damage: 0
Max Damage: 300/400/500 (

Cooldown is removed, replaced with 3 charges that replenish every 60 seconds. Also causes Demonic Purge to break its target's passive abilities while active.

Allows Demonic Purge to be cast on allies, continuously dispelling them and healing for its damage values. Does not slow allies.
Modifiers

modifier_shadow_demon_purge_slow: Dispellable with death only.
Once Shadow Demon no longer has any need for his collected cultist, he releases it from its subservience - and its life.