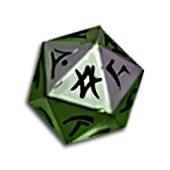 Mechanics are the inner workings of Dota 2. The following is a list of mechanics topics. Click on each topic to view how they are calculated, where they originate, as well as their complex interactions with other mechanics elements.

These properties are used by units in general, including heroes, creeps, and summons. Heroes possess a number of unique mechanics that other units don't.

Additional effects can be added to basic attacks. Some of these effects stack with each other in several ways, while others do not stack at all.

Status effects are a variety of conditions that can afflict units. They are caused by abilities and items.

Dispel refers to methods that remove buffs, debuffs, and status effects. This is an important topic to understanding the internal interactions of Dota 2.

This is a list of major functions that are not directly part of the game. It involves various features regarding player input, Steam, and others.

Matchmaking is the automated system that finds and matches players together, usually based on internal calculations of player skill. Casual and ranked matchmaking are both available.

Cosmetic items can be used to alter the appearance of heroes and various elements of the interface. They are purely cosmetic and do not affect game mechanics.