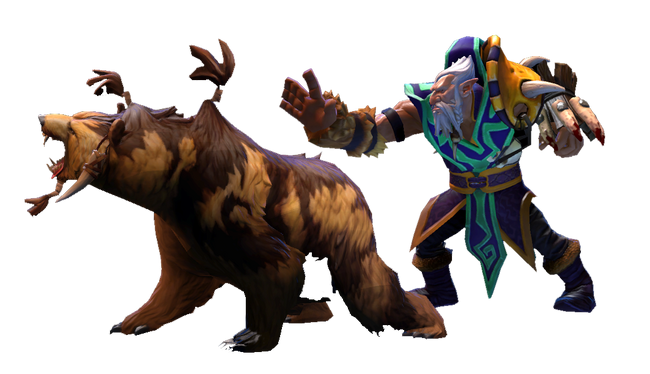 Lone Druid is an adaptive carry who controls a durable

Spirit Bear to wreak havoc on the battlefield. With two separate item inventories, the pair acts like two complimentary heroes with variety playstyles, either Lone Druid providing buffs from the back while the Spirit Bear fights on the front lines, or Lone Druid attacking from long range while the Spirit Bear scouts and split pushes. These arrangements allow Lone Druid to stay on the fringes of conflict, thus risking his own life less often than most other carries. However, if the Spirit Bear falls in battle, Lone Druid himself becomes significantly less effective. Because of the micromanagement needed to control Spirit Bear, Lone Druid can be a daunting hero for newer players.

This build focuses on getting items on Spirit Bear. Spirit Bear will have tankiness and damage to sustain itself in the middle of fights, while Lone Druid mostly supports from behind with buffs. Simply equipped your bear with a boot and a mask of madness, best before level 7, you will more likely to dominate the early game.

Aghanim's Scepter can be uniquely strong for this build since it allows Spirit Bear to attack without Lone Druid being nearby or alive.

Range Carry for Lone Druid is completely obsolete for 7.30d and onward unless there is adjustment in the talent tree in the future.