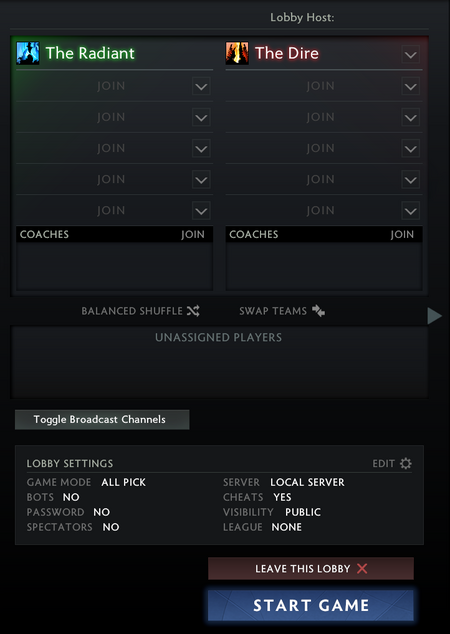 A lobby can be used to play a private match with specific people. Lobby matches do not count towards a player's stats, and do not give Trophy Points or item drops. Players can find open lobbies via password; lobbies that have no password can be freely accessed by friends or guild-mates. Lobbies can be created and accessed within the PLAY tab.

Lobby password and other options can be set at any point during lobby creation. Players can join the lobby if they know the password; if no password is set, the lobby can be found through being friends or a guild.

Upon joining a lobby, players can join either

Dire, or a broadcaster slot. A team identity may be applied to either team, and bots of any difficulty may be added to player slots. Teams may be swapped or automatically balanced.

A game mode and server location can be specified, along with a lobby password.