Lion, the Demon Witch, is a ranged intelligence hero, most commonly played as a support, who serves as a powerful offensive spellcaster. While exceptionally frail and vulnerable at all stages of the game due to his low health pool, armor, and movement speed, he has a tremendous amount of disabling and nuking power, allowing him to provide the necessary lockdown and burst damage to his team to bring down elusive and shifty enemies. Earth Spike is an area-of-effect line-based stun that also deals a moderate amount of damage. If Lion uses it at max level combined with his Hex, which briefly transfigures an enemy into a harmless critter, he can disable a single opponent for almost 7 seconds, more than enough time to bring down a lone enemy, especially if an ally is present. His ultimate, Finger of Death, serves as a powerful nuke and his primary source of burst damage to aid him in his endeavors. To offset the high mana cost of his abilities, he has Mana Drain, which provides him the sustenance he needs to continuously provide his disabling prowess in a skirmish. A team facing a Lion would do well to eliminate him first in a fight, lest it fall prey to his potent and disruptive spells.

Lion, the Demon Witch
▶️ "All hell's broken loose, and I hold the pieces."
Lore:
Once a Grandmaster of the Demon Witch tradition of sorcery, Lion earned fame among his brethren for fighting on the side of light and righteousness. But adulation corrupts. With powers surpassed only by his ambition, the mage was seduced by a demon and turned to evil, trading his soul for prestige. After committing horrible crimes that marred his soul, he was abandoned. The demon betrayed him, striking better deals with his enemies. Such was Lion’s rage that he followed the demon back to hell and slew it, ripping it limb from limb, taking its demonic hand for his own. However, such demonoplasty comes at a cost. Lion was transfigured by the process, his body transformed into something unrecognizable. He rose from hell, rage incarnate, slaying even those who had once called him master, and laying waste to the lands where he had once been so adored. He survives now as the sole practitioner of the Demon Witch tradition, and those who present themselves as acolytes or students are soon relieved of their mana and carried off by the faintest gust of wind.
Voice:
Tom Chantler (Responses)

Ability
Target Point / Target Unit
Affects
Enemies
Damage
Magical
Rock spikes burst from the earth along a straight path. Enemy units are hurled into the air, then are stunned and take damage when they fall.
Cast Animation: 0.3+0
Cast Range: 575 (

Blocked upon impact by everyone within range of the spikes.
Modifiers 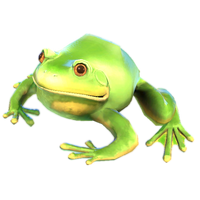 Effects persist if debuff was placed before spell immunity.

Blocked as a single-target ability, not blocked when turned into an area-targeted ability.
Modifiers

modifier_lion_voodoo: Dispellable with strong dispels.
Lion is compelled to share his transfiguration, twisting the essence of those who oppose him.

Causes Mana Drain to affect up to three enemies and grants Lion spell immunity while channeling.

Effect does not persist and immediately ends if debuff was placed before spell immunity.

modifier_lion_mana_drain: Dispellable with death only.
Lesser magi are nothing more than a source of magical restoration for the Demon Witch.

Cannot be cast on spell immune enemies. Attempts to damage, and places the debuff if target turns spell immune during the delay.

modifier_lion_finger_of_death: Dispellable with death only.

modifier_lion_finger_of_death_delay: Dispellable with death only.

Mana Drain multi target now searches for targets around Lion, using its cast range +300, instead of searching in a 400 radius around the primary target.