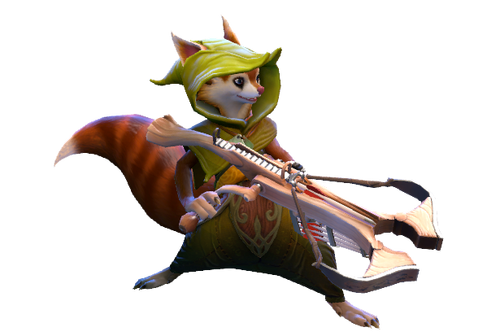 Hoodwink can be played reliably in the offlane as a solid splitpusher due to her kit being extremely slippery because of Scurry's active and Bushwhack's stun. An Offlane Hoodwink can build normal damage items such as desolator and maelstrom to further enhance her splitpushing power or she can transition into a semi-support by building mekanism and playing around her team more often using Acorn Shot + Bushwhack to initiate or counter-initiate for her team.