Dota 2 Reborn is an overhaul to the Dota 2 game system. It adds the custom games function, a new game interface, improved social and DotaTV features, as well as transitioning the game to the Source 2 engine. 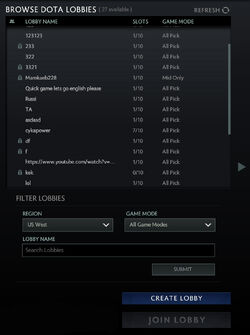