Dazzle, the Shadow Priest, is a ranged intelligence hero who conjures dazzling dark light to heal his allies and prevent their deaths. His Shadow Wave is a low-cooldown nuke and chain healing ability, dealing more damage to nearby enemies for each ally the wave heals. Shallow Grave makes an ally temporarily unkillable, allowing Dazzle's teammates to survive impossible situations. Poison Touch is a spammable ability that slows its target and deals damage over time. His ultimate, Bad Juju, allows for all of his spells and items to be used more frequently, while also causing his spells to temporarily reduce his enemies' armor.

A hard support with little item dependence, Dazzle's Shadow Wave nevertheless gives him the option to farm or push waves when he needs to. He also scales well into the late game, as unlike most supports his spells deal physical damage, and all of them but Poison Touch pierces spell immunity. Loyal priest of the shining shadows, Dazzle will save you time and time again.

Dazzle, the Shadow Priest
▶️ "Where my shadow falls, there falls my foe."
Lore:
Each young acolyte to the Dezun order must complete a series of rites before becoming a shadow priest. The final rite, the rite of shades, is a harrowing spiritual journey through the Nothl Realm, an unpredictable domain from which not all visitants return. Of those who do, some return mad. Others return with strange aptitudes. But all who go there are changed by their experiences.

Driven by the need for enlightenment, Dazzle was the youngest of his tribe ever to request the sacred ritual. At first the order refused him, saying he was too young. But Dazzle was not to be dissuaded. Sensing something special in the headstrong young acolyte, the elders relented. Dazzle drank down the sacred potion and sat by the fire while the rest of his tribe danced through the night.

In this ethereal dimension of the Nothl Realm, the properties of light and dark are inverted. Thus his brilliant healing light, beautiful to our eye, is actually a sinister kind of evil; and the darkest deeds are done in a dazzling glow. The elders' intuition was prophetic: Dazzle returned to his people as a Shadow Priest like none seen before, with the power to heal as well as to destroy. Now he uses his gift to cut down his enemies and mend his friends.
Voice:
David Scully (Responses) 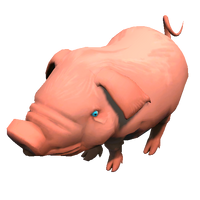 Slow persists and deals damage if debuff was placed before spell immunity and when not dispelled.

Blocked upon cast fully only when primary target.
Modifiers

modifier_dazzle_poison_touch: Dispellable with any dispel.

modifier_dazzle_shallow_grave: Dispellable with death only.
Only a seasoned acolyte of the Shadow can properly perform the rite of preventing death.

Causes Shadow Wave to dispel allies. Increases heal by +100 and damage by +100
While it is a simplistic and routine rite among Shadow Priests, the Shadow Wave is also the most critical for success.

Ability
Passive
Affects
Self / Enemies
Passively reduces cooldowns on your abilities and items. Anytime you cast a spell, all nearby enemies will have their armor reduced. Debuff stacks and refreshes duration.
Cooldown Reduction: 26%/38%/50%
Debuff Radius: 1200
Armor Reduction per Cast: 2/2.25/2.5 (

modifier_dazzle_bad_juju_armor: Dispellable with death only.
Each invocation of the Nothl realm helps it further permeate the surroundings of our own.